You've got to be skidding

Well here we are again to look at some of the latest progress in SuperTuxKart development. Without further ado, let's get on with the news. 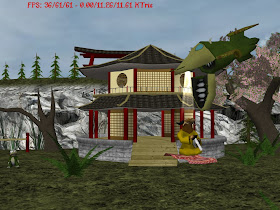 Some more work on the first story cutscene has been made, especially fixing problems related to the camera and adding Nolok's spaceship, abducting Gnu. Also added is the capacity to show subtitles in cutscenes, and animated sound effects and particle emissions. Still to be done is getting a couple vocal effects and tweaking a couple things related to the animation.

Stephen has done a few nice changes to stkaddons.net, most of which are not immediately obvious to users. But among other things: direct URLs to individual addons now looks nicer, and a management panel for moderators and admins has been added. Older revisions will now be automatically deleted after a while with the exception of the newest one (obviously), or if it is the last supported one for a specific STK version, so it will never delete critical revisions of an add-on. 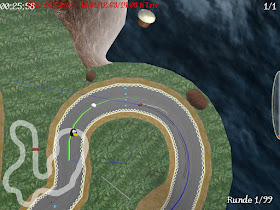 In other news, the AI (artificial intelligence, or otherwise known as "computer player" in some games) has been improved to determine if it can use skidding or if it needs to brake during a turn in order to follow the drivelines. Pretty nifty, and makes it look quite a bit smarter (with the exception of some tracks, where it has problems due to losing ground contact due to elevation). It still needs a few tweaks, and is therefore not enabled by default yet. So whenever the AI gets the ability to seek out nitro and item boxes by themselves, I predict people may have to get better at driving smart and use the new skidding bonus to keep up. Of course, AI will be AI and most likely will have a few weaknesses still, and will also depend on the difficulty chosen, so I doubt we'll get an AI which is nearly impossible for humans to follow. So any improvement to the AI is a good improvement, and this is most certainly a good start.

Another nice addition to the game is the ability for it to save the current window position, so if you restart the game and it's in windowed mode it will start where you left its window last. This sounds superfluous, but for multi-monitor setups this means you can have it always start in one screen while you have other stuff on the other screen, without having to move it there manually every time.

We also received a few patches from nathanm32292394 (phew) fixing a few memory leaks and improving support for graphics drivers that don't support non-square and/or texture sizes which aren't power-of-two.

I think that's about it; if you think I've missed anything just yell, and also if there's other things I could do in order to make the blog better. See you next time, and until then: goodnight out there, WHATever you are!
Arthur at 11:15 PM 88 comments:
‹
›
Home
View web version