It's already been several months since the last release of SuperTuxKart, but we have not been idle! The next release, 0.9.2 is coming soon and we are today releasing the first release candidate. Please help us test this new release to make sure that everything works correctly!

This release includes work from Benau, a developer who recently started contributing to SuperTuxKart. Thanks to him, STK now supports recording races and ghost replays (where you can try to beat a recorded race) as well as an AI for the 3 strikes battle and soccer modes, enabling them to be played in single player for the first time (or in multiplayer with more karts). He also rewrote our font handling system to now use TTF fonts, which is a lot easier to maintain for us and should ensure that all characters from all main languages are now available. We thank him for his dedication!

This new release also marks the introduction of a few new tracks : 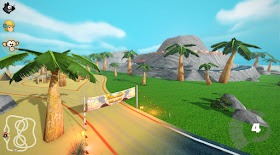 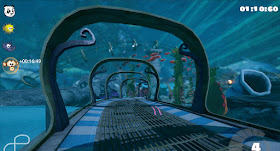 0zone0ne and Krobonil have also contributed a new original song for the farm track.

Now for the disappointing bit: our most popular feature request is for networked multiplayer, unfortunately this is not ready yet. We have already invested a significant amount of time on this feature, and made some good progress on the LAN implementation:
We have actually already played some LAN games (and even tried a WAN game once) - admittedly with some restricted features (no items), but the overall result was that the simplified approach for LAN does not work good enough. In some environments we had a satisfactory playing experience (typically using wired connections), but in others (especially when using wireless networking) the game just stuttered and shook too much to be fun. So we decided to not publish a LAN-only version as originally planned, but still go ahead with a release now, since Benau has added a lot of nice features to the game which we think our players will appreciate to have.

We expect LAN will work much better in less ideal environments (and that includes using wifi) with the upcoming WAN code (for the more technical inclined: using client-side prediction and rollback to hide latency). We are aware that this is a disappointing for the majority of our fans out there, but we really did not want to publish an overall rather disappointing networked multiplayer version.

The release candidate can be downloaded here : https://sourceforge.net/projects/supertuxkart/files/SuperTuxKart/0.9.2/

As usual, please remember that blog comments are not a good way to get support for issues or ask questions, the forum and mailing list are more appropriate for this. 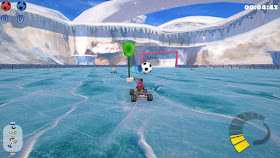