After months of work, we are proud to announce the final release for SuperTuxKart 0.9.3, the latest version of the kart racing game!


This new version brings in several new tracks, karts and features. Some of the highlights include new tracks "Cornfield Crossing" a track set in a farm; "Candela City", a nighttime track in an European city; and "Las dunas stadium", a new arena for battle mode. Most of those tracks have been part of previous gift packages, and as promised we are now making them available for everyone. 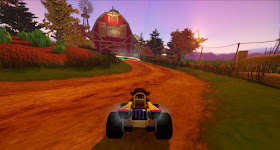 Another major news is that for the first time, SuperTuxKart is available on Android! You can find it in the Google app store.
Or you can download it from SourceForge. 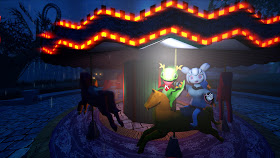 
You can also support us and get 3 upcoming maps by donating to the project. Our lead artist Samuncle handcrafted one track and two arenas especially for Halloween.

On top of that, the game has received countless bugfixes and improvements, including physics improvements and graphical optimisations that should help performance and load times.

Many of you will undoubtedly be curious to hear about networked multiplayer. This feature has been in development for quite some time and a lot of progress has been made. We even had a LAN-only version in a playable state, but when testing it on various hardware platforms and environments, too many people reported unacceptable stuttering, so we have decided not to pursue this any further and wait for the WAN version (which will of course also work in a LAN). But stay tuned for more information on networked games in a future release!


And from the feedback we heard we also know that many people are waiting for the Steam release of SuperTuxKart. We can also give some updates about this: we have done some initial work to get SuperTuxKart working in a Steam environment, so it can pick up your username, and even your avatar. But the main issue we have is actually a legal one: in order to publish a game on Steam we need to have a company. And while it is reasonable easy to create a small company in Australia, the main problem is the liability: what if SuperTuxKart should have a bug, wiping out a user's data, and we then get sued? Obviously no one of us wants to risk their private assets because of that (admittedly an unlikely and extreme case). So we need proper legal advice (with all its assorted costs) before we can proceed with the Steam release 😭 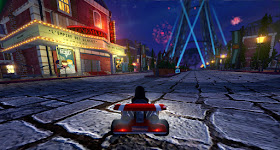 You can find the downloads for your favorite platform on our website at https://supertuxkart.net/Download. As always, if you wish to contribute, you can check our Get Involved portal to contribute art, code or translations, or donate and receive a gift package as our thanks for your contribution.

The full changelog for this version can be found below: