It's that time again! No, not to adjust our watches, nor the brightness settings of our monitors (though both may be needed as well), but to look at what's been going on with SuperTuxKart development the past couple months. Truth to be told, things have been a little slow lately due to winter break and also time going towards promoting the game for SourceForge's Project of the Month.

Speaking of which, how did it go? Very well, thanks to all our voters and community members promoting it. Congrats to PostBooks ERP for winning the contest for March. But we were graciously awarded the prize of Project of the Month for April, due to our close race with PostBooks and promotional efforts going into it. Thanks again to everyone participating, even though Twitter membership was a requirement.

We recently launched our own Twitter account, so if you want to get news snippets a bit more often than what we make for the blog, follow @supertuxkart. Naturally there will be quite some overlap in content, but it can be an additional avenue for those interested in the ongoing development. Please note, it is NOT a support channel and you should contact us via forums or e-mail for support and suggestions - otherwise it is likely to be overlooked and/or have high answer delay. Not to mention the fact that 140 characters isn't exactly a good limit for this sort of communication. 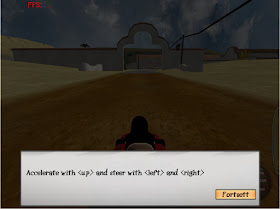 Auria made a short tutorial for beginners which learns how the basic gameplay works. It does not go through each weapon and their usage, but covers basics and should hopefully make the game easier to learn for new players. 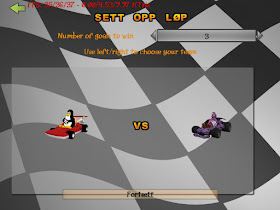 Long-time contributor funto has worked on a new game mode called soccer mode. In it, 2-4 players across two teams are competing in split-screen mode trying to score goals on each other like in English football/soccer. There are some things left to be done, mainly balancing physics better to make it easier to control the ball, so whether this game mode will be available in 0.8.1 is still left to see. Most likely it will have to wait until 0.8.2. 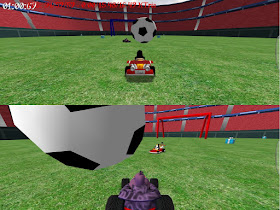 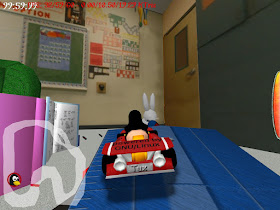 Also, another game mode by hiker is in the works, so far known as Easter Egg Hunt, where your goal is to find all the hidden bunnies. This is intended to be a more family-friendly relaxed mode, where kids and adults alike can explore the tracks without the pressure of AI or other players. However, people will probably be able to choose to compete on time for this mode, similar to time trial races. It's also still a work in progress, but should hopefully be ready in time for the upcoming release. I'll end this post with a small teaser from samuncle, showing his work on a new version of Star Track, with stunningly beautiful surroundings - makes you want to land on that planet, doesn't it? :)
Arthur at 12:22 AM